CRIME Houston -- Student dead after being shot at high school; perp on the run.

HOUSTON (CBSDFW.COM) – Police near Houston are investigating after a student was shot outside of Bellaire High School around 4:00 p.m. Tuesday.

The city of Bellaire tweeted, “There has been a shooting at Bellaire High School. The suspect is still at large. Please avoid the area and/or remain in your home until you receive further information from the City of Bellaire.”

Police near Houston are investigating after a student was shot outside of Bellaire High School around 4:00 p.m. Tuesday.

HOUSTON – A student was shot and killed at Bellaire High School on Tuesday afternoon, officials said.

The shooting was reported around 4 p.m.

Emergency crews were seen performing CPR as the student was being transported on a stretcher and into an ambulance. The cause of the shooting is unknown. Students told KPRC 2 that the victim was shot during 7th period.

Officials said this is not an active shooting situation.

The suspect involved is still at large.

Police are asking people to avoid the area and to remain in your home until further notice.

Investigators are at the scene.

This is a developing story.

A person was shot at Bellaire High School on Tuesday afternoon, officials said.

Usually the demographics of an area will give some indication,
however nothing is indicated in their demographics.

Please be safe everyone. Times are going to get worse.

4pm so school was out. Guess that's why it's not getting much traction.

Macgyver said:
4pm so school was out. Guess that's why it's not getting much traction.
Click to expand...

Just checked another great prepper website,
probably the best main news media out there,
daily mail, and they have a page up about it,
but there is nothing on it except what has already
been indicated.

Please be safe everyone.

Suspect found hiding behind dumpster after deadly shooting at Bellaire High School
The shooter was taken into custody at 7:38 p.m., about 3 1/2 hours after the shooting.

HOUSTON — A 16-year-old student was killed Tuesday in a shooting at Bellaire High School. The victim's teenage classmate was later arrested in connection with the incident.

The first 911 call came in about 4 p.m. The caller said one student was shot and the shooter ran from the scene.
According to sources, the victim was shot in the chest. He was taken to an area hospital where he was later pronounced dead.

"I extend my deepest condolences to the young man’s loved ones and to all students, teachers and staff at Bellaire High school," Houston Mayor Sylvester Turner said in a statement.

The shooting suspect and another suspect were taken into custody around 7:40 p.m. Tuesday. According to officials, one of the suspects was found hiding behind a dumpster at a grocery store on Chimney Rock Road.

Outside the high school, there were tears.

“I felt shock and then I felt mad,” Kalee Barrientos, a sophomore who knew both the victim and shooter, told KHOU 11 News.

“The fact that they’re just, like, 'Come back to school tomorrow. It’s going to be fine.' This is not acceptable,” parent Jonasu Wagstaff said.


Before the final period of the day, some students said they heard gunfire in a classroom. A parent told KHOU 11 News her son was in a hallway steps away.

“He’s in shock,” she said. “He immediately walked up to the scene and immediately knew that, 'these are my friends,' and I don’t think he understood what he was seeing at first until reality set in.”

Barrientos was on her way to JROTC when she was told something happened between two members of the program, two students she considered friends.

Barrientos said everyone was told to go outside.

“I felt like bursting out in tears because of who did it and who died,” she said.

While Bellaire police searched the area and eventually found the shooter, neighbors showed KHOU 11 News texts from city hall that urged people to stay in their homes until authorities had more information.

Wagstaff, whose three children go to the school, said her oldest child is terrified because it's not the first time a student has brought a gun on campus. Wagstaff’s daughter wonders how she will be safe.

“I don’t know what to do to help her, especially when I can’t get her principal to answer a question,” Wagstaff said.

In a statement, HISD promised grief and crisis support for students and staff. HISD offers a variety of social and emotional support resources, click here for more information. 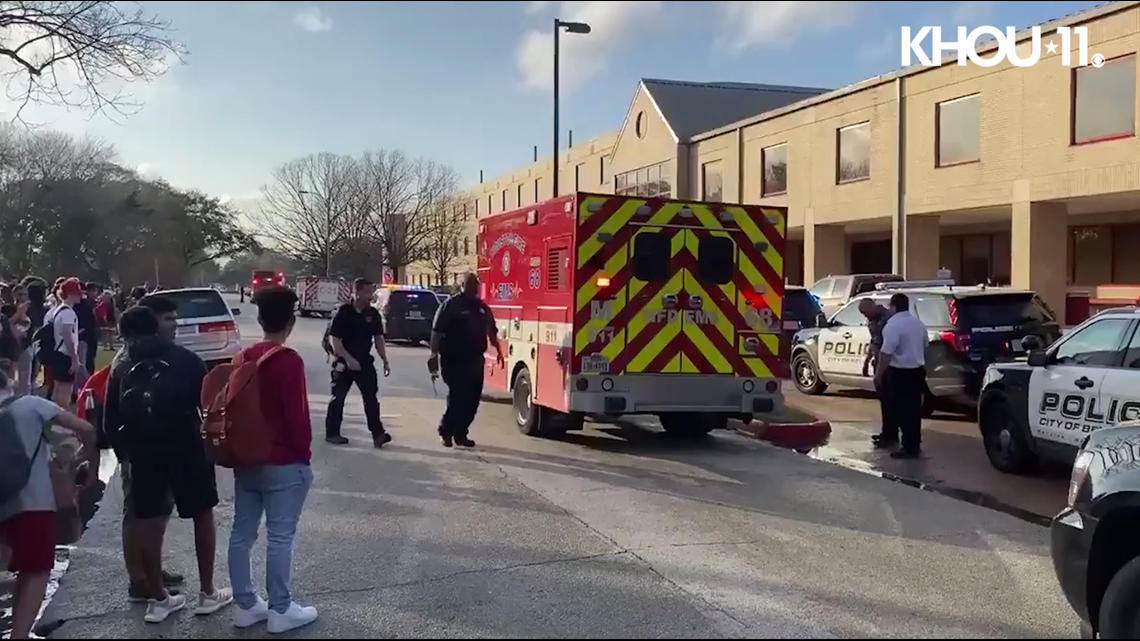 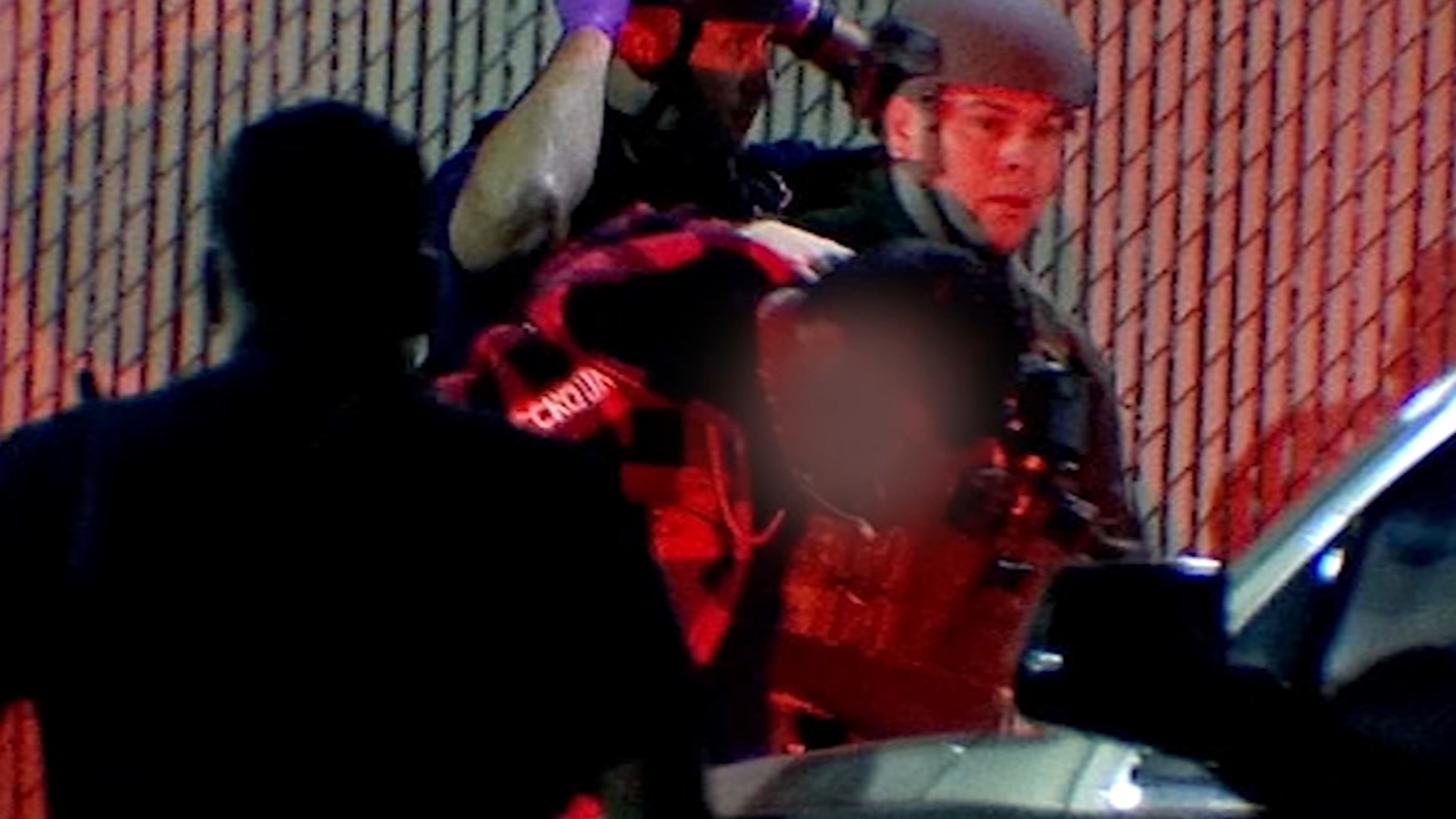 Police say the suspected shooter, who is reportedly 16 years old, and a friend were hiding behind a convenience store before the arrests. 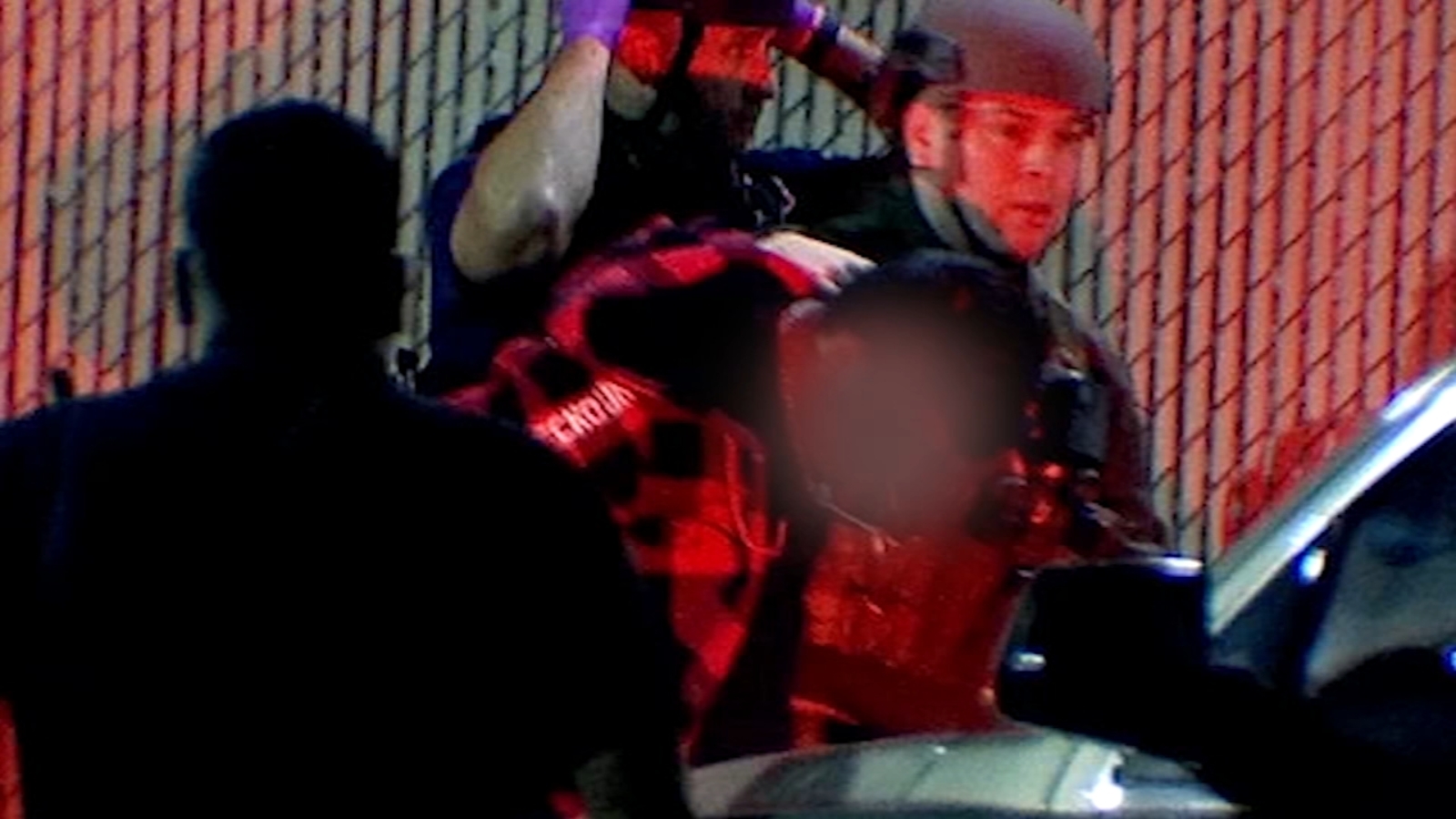 During hours of questioning, the shooter refused to talk to investigators about what happened when another student was shot to death on Tuesday, police said.

On TB every waking moment

Or a Katrina "refugee?"

One, I'm from the Houston area, and had friends in Bellaire in the 1980's. It's pretty much a tony bedroom community, and the last I knew, not gang-banger territory or anything like that. So an incident like this is out of character.

Two, it pisses me off that the Mayor of Houston ran to the microphone to make a statement, when Bellaire has a mayor of its own.
You must log in or register to reply here.
Share:
Facebook Twitter Reddit WhatsApp Email Link
Top